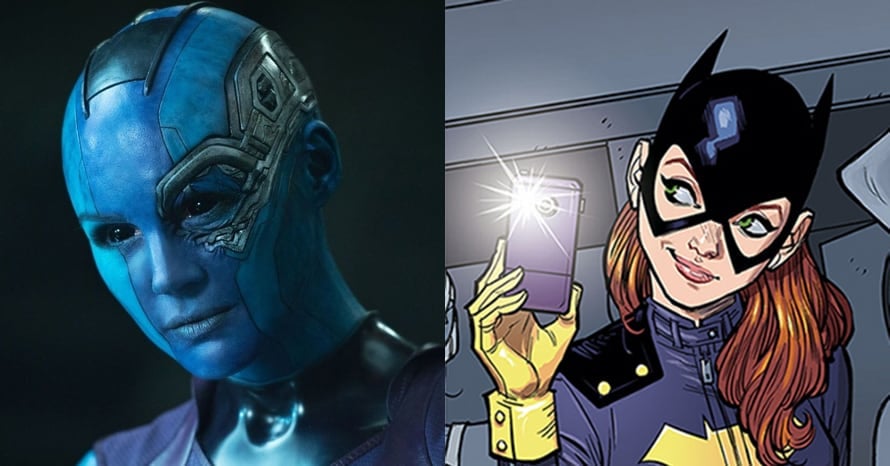 Hopefully in a future sequel to The Batman, director Matt Reeves can find a way of introducing other members of the Bat-Family into the DCEU. One of the most important heroes who deserves a modern introduction on the big screen is Barbara Gordon. Although the character will next appear in the third season of Titans, fans are desperate to see the hero get her own adventure set in the DCEU, with one artist picturing Avengers star Karen Gillan in the role.

Karen Gillan as Batgirl in the DCEU is definitely an exciting idea, and it’s one that legendary comic writer Gail Simone wholeheartedly endorsed back in January. The design from ‘andrea.giglio.art’ on Instagram gives the Avengers star a vibrant take on the purple Batgirl costume, while also taking cues from the suit seen in the Arkham games. Although the actress’s next comic book project will be Guardians of the Galaxy vol. 3, seeing her headline her own Batgirl movie in the DCEU would be great. Take a look at Karen Gillan as Batgirl below.

Karen Gillan was last seen as Nebula in Avengers: Endgame. Here’s the official synopsis for the movie:

Avengers: Endgame is now available on Digital HD, 4K Ultra HD, Blu-ray, and DVD. Stay tuned to Heroic Hollywood for the latest news on Karen Gillan, Batgirl and the future of the DCEU as we learn it and make sure to subscribe to our YouTube channel for more content!