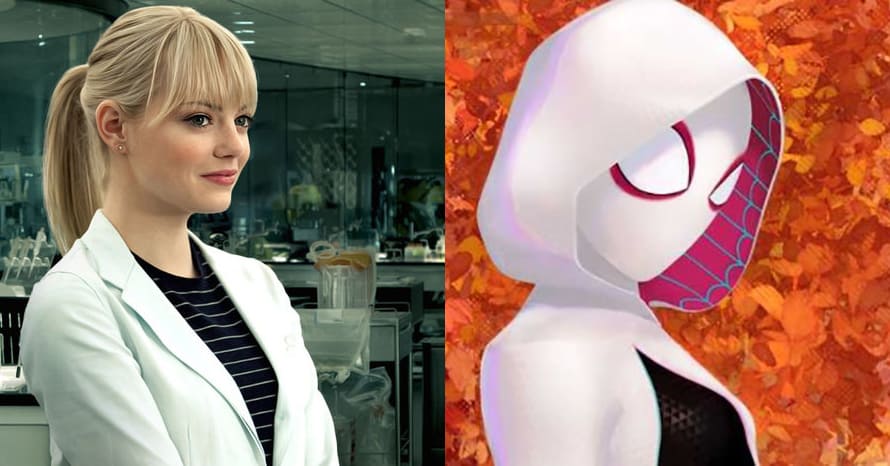 A new design sees Emma Stone reprising her role as Gwen Stacy but with a Spider-Gwen twist for Tom Holland’s Spider-Man 3.

With all the rumors surrounding Tom Holland’s Spider-Man 3 with the potential returns of both Tobey Maguire and Andrew Garfield, it’s surprising that Emma Stone’s name hasn’t been throne into the mix to return as Gwen Stacy. The character was last seen in Into the Spider-Verse voiced by Hailee Steinfeld, and introduced Spider-Gwen to general audiences. Since Marvel Studios seems to be leaning into the multiverse, a new image sees Emma Stone suit up as Spider-Gwen for Spider-Man 3.

The fan design from ‘venomhology’ on Instagram takes a still from The Amazing Spider-Man 2 (shortly before Gwen dropped to her doom) and instead puts Emma Stone in the slick white, black and pink Spider-Gwen costume. The art also suggests that the star could carry her own solo movie in the Marvel Cinematic Universe. Spider-Man 3 will also see the return of villains like Alfred Molina’s Doctor Octopus and Jamie Foxx’s Electro, so who knows who else could pop up. Take a look at Emma Stone as Spider-Gwen for the Tom Holland sequel below.

Would you like to see Emma Stone as Spider-Gwen in Spider-Man 3? Do you think she should get the chance to reunite with Andrew Garfield’s Spider-Man on screen? Sound-off in the comments below!

Spider-Man: Far From Home is now available on Digital HD, 4K Ultra HD Blu-ray, Blu-Ray, and DVD. Stay tuned for all the latest news regarding Emma Stone and Spider-Man 3, and be sure to subscribe to Heroic Hollywood’s YouTube channel for more content.