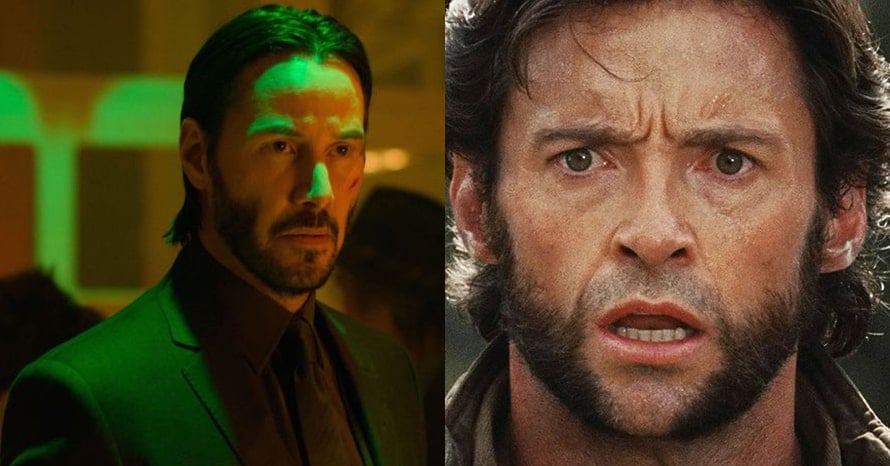 It seems inevitable that Kevin Feige will figure out a way of introducing mutants and the X-Men into the Marvel Cinematic Universe, with the producer previously confirming that discussions are ongoing as to how to make them fit into the current continuity. There’s been plenty of suggestions as to who should play Wolverine after Hugh Jackman, and one of the most popular ideas is Keanu Reeves. The Matrix and John Wick star has shown time after time that he can handle a stunt-orientated role with ease, and he’s already mastered the air of a grizzled hero.

A concept design from popular digital artist BossLogic gives Keanu Reeves a John Wick-inspired look as Hugh Jackman’s Wolverine replacement for the MCU. Instead of the Adamantium claws, Reeves wields a set of pencils, a reference to a line in the John Wick series which mentions the assassin murdering someone with just a pencil. Feige previously revealed that Marvel Studios approaches Keanu Reeves about plenty of roles, so it’s not impossible that Wolverine might be on the table in a few years time. You can see Keanu Reeves replacing Hugh Jackman in the MCU below.

Would Keanu Reeves be a good pick for the Wolverine role in the MCU? Or do you think the role should be left alone following Hugh Jackman’s performance? Let us know in the comments section!

Logan is now available on Digital HD, Ultra HD, Blu-ray, and DVD. Stay tuned for all the latest news regarding Wolverine’s future in the MCU and Keanu Reeves, and be sure to subscribe to Heroic Hollywood’s YouTube channel for more video content!