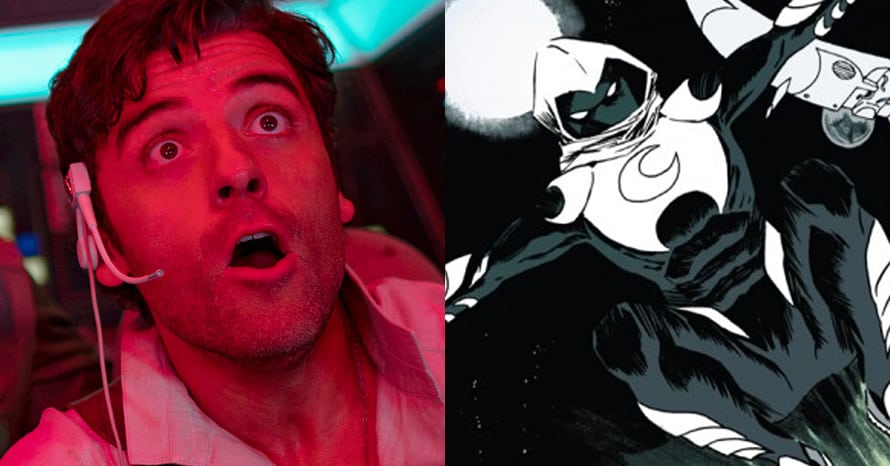 Star Wars star Oscar Isaac puts on his suit for Marvel’s Moon Knight in a new concept for the character’s future Disney Plus series.

When it was revealed  that Oscar Isaac was set to star in Moon Knight, fans immediately tried to figure out which version of the hero the Disney Plus series will focus on. Since Marc Spector has multiple identities there’s obviously plenty of range for Isaac to explore different aspects of his personality, but there’s also a number of different classic looks for the hero from his comic book history. From the classic silver armor, all the way up to the suave Mr. Knight tailored suit, there’s a lot of potential for the Disney Plus series.

In this new design from Instagram user ‘ultraraw26’ that imagines how the Moon Knight suit would be translated into live-action. Instead of just sticking him with a typical militaristic costume, this concept gives Oscar Isaac a pretty impressive costume of plated armor that feels like if Marvel Studios tackled the Assassin’s Creed franchise. The intricate concept also looks like it uses the Seal of the Vishanti on his belt, which is also the symbol commonly associated with Doctor Strange, an interesting tie to the mystical side of Moon Knight. Drop down to see Oscar Isaac geared up for the Disney Plus series below.

What do you make of this Moon Knight design? Are you excited to see what Oscar Isaac does in the role of Marc Spector? Which Disney Plus series are you most excited for? Share your thoughts in the comments section below!

Stay tuned to Heroic Hollywood for the latest news regarding Oscar Isaac, Moon Knight and the future of Marvel Studios on Disney Plus, and be sure to subscribe to our YouTube channel for more!