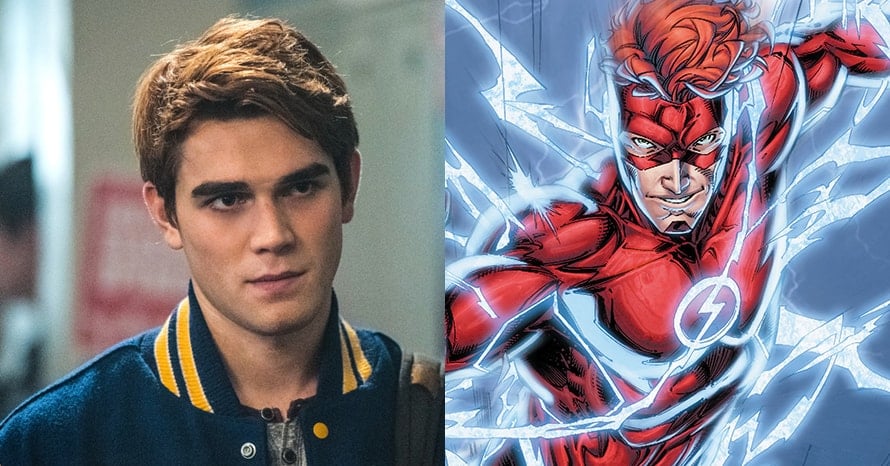 Riverdale star KJ Apa becomes the Wally West version of The Flash in an awesome concept design for the Grant Gustin series.

After a long delay due to COVID-19, Grant Gustin’s The Flash will finally return for its seventh season. Throughout the show’s run, several iconic characters from The Flash storied comic book history like Wally West have already made their live-action debut. Wally West was played by Keiynan Lonsdale before departing the show. However, The Flash could always introduce a new Wally West from another Earth and some think Riverdale star KJ Apa is up to the task.

On Instagram, brand-new fan art from digital artist Saarukan.psd imagines Riverdale‘s KJ Apa as the Wally West version of The Flash for the Grant Gustin series. In the art, Apa dons the Wally West costume from DC Rebirth that you can check out below.

Do you like the idea of Riverdale star KJ Apa becoming a new Wally West for Grant Gustin’s The Flash? Sound-off in the comments section below!

Here is the synopsis for Grant Gustin’s The Flash season seven:

The Flash will return on The CW on February 23, 2021. Stay tuned for all the latest news on the upcoming season of Grant Gustin’s The Flash, KJ Apa, Wally West, and be sure to subscribe to Heroic Hollywood’s YouTube channel for more original content.