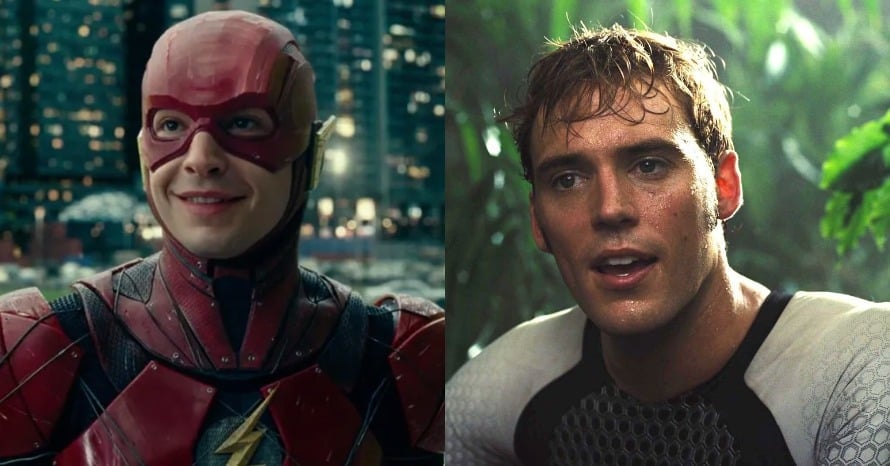 A new concept design envisions actor Sam Claflin taking over from Ezra Miller in the upcoming DC movie, The Flash.

The Flash is due to hit theaters next summer and will see the DCEU colliding with alternate universes, paving the way for Michael Keaton’s return as Batman. The film marks Ezra Miller’s sixth time suiting up as the Flash, following previous appearances in Batman v Superman: Dawn of Justice, Suicide Squad and both cuts of Justice League, as well as cameos in the TV series Arrow and Peacemaker. It will be Miller’s first time leading his own solo movie as the Flash.

Amidst rumors of The Flash rewriting DCEU continuity – Michael Keaton is also set to appear as Batman in Batgirl, suggesting the film could see him replacing Ben Affleck in the DCEU – and Ezra Miller’s recent troubles with the law, some fans are wondering whether the Scarlet Speedster himself might soon be recast. While Miller’s work on The Flash is now complete, there are questions over who else could take on the role in the franchise’s future.

A concept design by artist “clements.ink” on Instagram has offered one possible replacement for Ezra Miller as the Flash, in the form of actor Sam Claflin. Known for his roles in Me Before You, the Hunger Games franchise and Snow White and the Huntsman, Claflin certainly has the acting chops to take on a role with all the expectations that come with playing a major DC superhero. Check out the image below:

With the DCEU’s reality presumably set to be changed forever in The Flash, a new version of the hero could be looming on the horizon. Even if DC don’t recast Ezra Miller’s Barry Allen, multiple individuals have claimed the Flash moniker throughout DC history, so maybe Claflin could be a contender for Wally West, Jay Garrick or another Flash.

Directed by Andy Muschietti from a script written by Birds of Prey scribe Christina Hodson, The Flash is inspired by the Flashpoint comic book storyline, which followed Barry Allen as he navigated an altered DC Universe. Written by Geoff Johns and penciled by Andy Kuber, Flashpoint radically altered the status of the DC Comics universe and led to the launch of the New 52 titles.

The Flash opens on June 23, 2023. Stay tuned for all the latest news regarding Michael Keaton’s Batman and make sure to subscribe to our YouTube channel for more content!