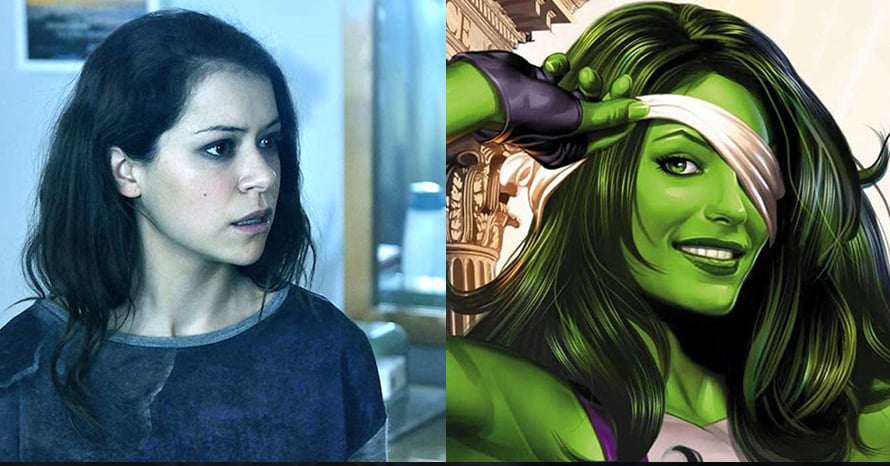 A new concept design shows Tatiana Maslany as Jennifer Walters transforming into her heroic alter-ego for the She-Hulk series heading to Disney Plus.

With Kevin Feige promising that She-Hulk will be a light-hearted adventure when it arrives on Disney Plus in 2022, a new image shows off Tatiana Maslany as Jennifer Walters in the series. It comes after confirmation from Feige that the Orphan Black star will indeed lead the Disney Plus show as She-Hulk after Maslany had denied the rumors – presumably to keep details on the project under wraps.

The new image comes from Valentin Romero on Instagram, and gives Tatiana Maslany the comic-accurate, purple and white costume from the She-Hulk comics. Because Mark Ruffalo will reprise his role as Bruce Banner in the show (Jennifer’s cousin) it makes sense that she’ll get her own Avengers-style uniform. The image shows Tatiana Maslany throwing a punch towards the screen, and hopefully she’ll get to throw her weight around against villains like Abomination, since Tim Roth is also returning to his Marvel role. Take a look at the Tatiana Maslany art below.

She-Hulk is currently slated for a 2022 release on Disney Plus. Stay tuned for all the latest news on Tatiana Maslany and She-Hulk and be sure to subscribe to Heroic Hollywood’s YouTube channel for more original content!