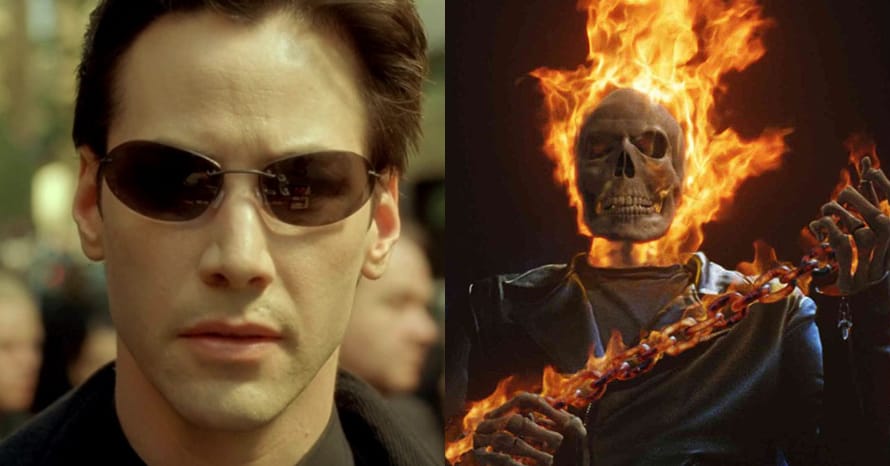 Keanu Reeves will next appear in The Matrix 4, but a new image shows him as the Spirit of Vengeance, Ghost Rider, in the MCU.

It’s been some time since fans last saw Ghost Rider on the big screen – with Nicolas Cage’s version of the fiery hero getting a sequel back in 2011. Meanwhile, an obscured version of Johnny Blaze briefly appeared in a flashback to Robbie Reyes’ Ghost Rider origin during an early season of Agents of S.H.I.E.L.D., so it’s definitely time for the hero to ride again in the Marvel Cinematic Universe. While it’s a shame the solo Robbie Reyes series planned for Gabriel Luna never came to fruition, a big screen outing for Johnny Blaze with The Matrix 4 star Keanu Reeves would be easy to get behind.

A new image sees Keanu Reeves don the iconic leather biker jacket to become the MCU Ghost Rider. Since the MCU is focusing on mysticism through WandaVision, Doctor Strange in the Multiverse of Madness and seemingly even Spider-Man 3 – it’d be great to see Ghost Rider show up somewhere. The image from ‘Erathrim’ on Instagram sees Reeves mid-transformation into the demonic hero, surrounded by chains and fire. It’d definitely be a good look for The Matrix 4 star.

Would you like to see Keanu Reeves as Ghost Rider in the MCU? Which other Marvel hero could he play? What do you want to see from The Matrix 4? Sound-off in the comments below!

The Matrix and its two sequels collectively earned a total of $1.6 billion at the worldwide box office. Keanu Reeves and Carrie-Anne Moss portrayed Neo and Trinity, respectively, in all three chapters of the film series, each of which were directed by Lana and Lilly Wachowski.

The Matrix 4 is currently set to hit theaters on April 1, 2022. Stay tuned for all the latest news on Keanu Reeves’ upcoming film, Ghost Rider and the MCU, and be sure to subscribe to Heroic Hollywood’s YouTube channel for more original video content.