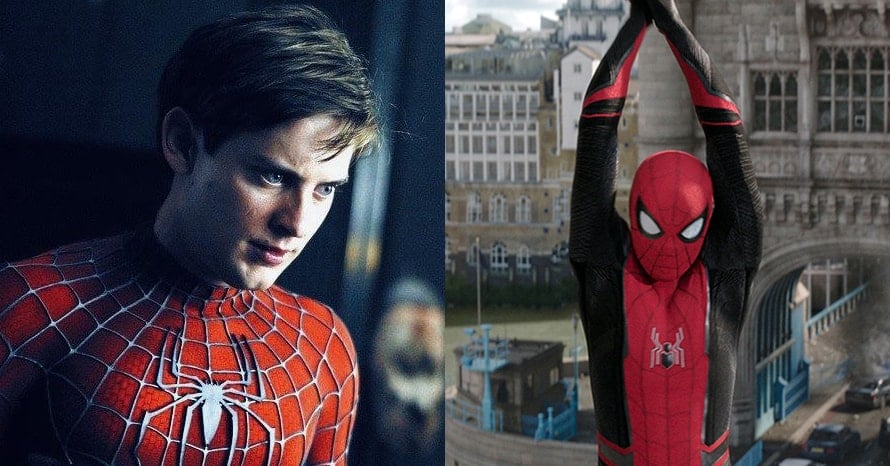 Tobey Maguire is back in the role of Peter Parker in this new concept that reveals the actor suiting up for the Tom Holland-led Spider-Man 3.

Following recent reports claiming that Tobey Maguire and Andrew Garfield will return to play their respective versions of Peter Parker in Tom Holland’s third Spider-Man film, the excitement among the Wall-Crawler’s fans has reached an all time high. The sequel also stars Benedict Cumberbatch as Doctor Strange, who many fans think will be the gateway into the multiverse to bring in the returning characters from previous franchises. Producer Kevin Feige even backed this theory up by saying Doctor Strange in Multiverse of Madness is a clue to the future of the Marvel Cinematic Universe.

A stunning concept by Instagram artist ‘bobby_art’ reveals what Tobey Maguire would look like if he actually does return to the role he originally brought to life back in 2002. The Spider-Man 3 design takes its design from Peter B. Parker from Into the Spider-Verse, giving Maguire the green lightweight jacket over the top of his iconic webbed suit from the Sam Raimi trilogy. He might look a little older, but the Tobey Maguire design imagines the same old moody, brooding Peter Parker for the Tom Holland film. Drop down below to see the design.

Do you like this design for Tobey Maguire’s Spider-Man 3 return? If the reports are true, how do you think he’ll return in the upcoming sequel? What do you want to see from a team-up between Tobey Maguire, Andrew Garfield and Tom Holland? Share your thoughts in the comments section below!

Spider-Man: Far From Home is now available on Digital HD, 4K Ultra HD Blu-ray, Blu-Ray, and DVD. Stay tuned for all the latest news regarding Tobey Maguire, Tom Holland, and Spider-Man 3, and be sure to subscribe to Heroic Hollywood’s YouTube channel for more content.