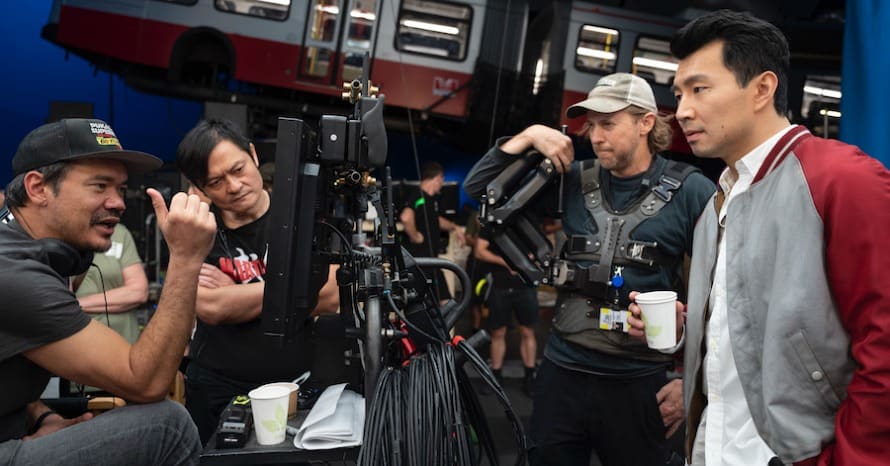 Shang-Chi director Destin Daniel Cretton commented on the post-credits scene from the film.

SPOILER WARNING: This article explores the first post-credits sequence for Shang-Chi and the Legend of the Ten Rings.

Shang-Chi and the Legend of the Ten Rings is one of the more distinct standalone outings in the Marvel Cinematic Universe. There are certainly tie-ins to the rest of the MCU canon, but for the most part, the story is truly centered on the new Avenger’s origin story. But just like almost every other MCU film, we see where the future is headed in the post-credits scene.

The first scene, which happens in the middle of the film’s end credits involves Shang-Chi (Simu Liu) and Katy (Awkwafina) meeting with Wong (Benedict Wong), Bruce Banner (Mark Ruffalo) and Captain Marvel (Brie Larson). The scene is notable for the fact that this marks the fourth collaboration in a row between Destin Daniel Cretton and Brie Larson, having worked together on Short Term 12, The Glass Castle and Just Mercy.

Destin Daniel Cretton spoke with The Hollywood Reporter about the post-credits scene, and revealed how he was involved in bringing his frequent-collaborator Brie Larson into Shang-Chi:

“We’re all a part of every conversation about who should show up in what scenes. But it happened to make sense, and nothing makes me happier than to include people that I love in the movies that I’m making.”

In our exclusive interview with Destin Daniel Cretton, we asked him about the possibility of him directing a team-up film starring both Simu Liu’s Shang-Chi and Brie Larson’s Captain Marvel. He’s certainly open to the possibility, and it would be yet another fun way for him to continue his collaboration streak with the Oscar-winning actress.

Here is the synopsis for Shang-Chi and the Legend of the Ten Rings:

Stay tuned for all the latest news on the future of Shang-Chi and Captain Marvel in the Marvel Cinematic Universe, and be sure to subscribe to Heroic Hollywood’s YouTube channel for more original video content!