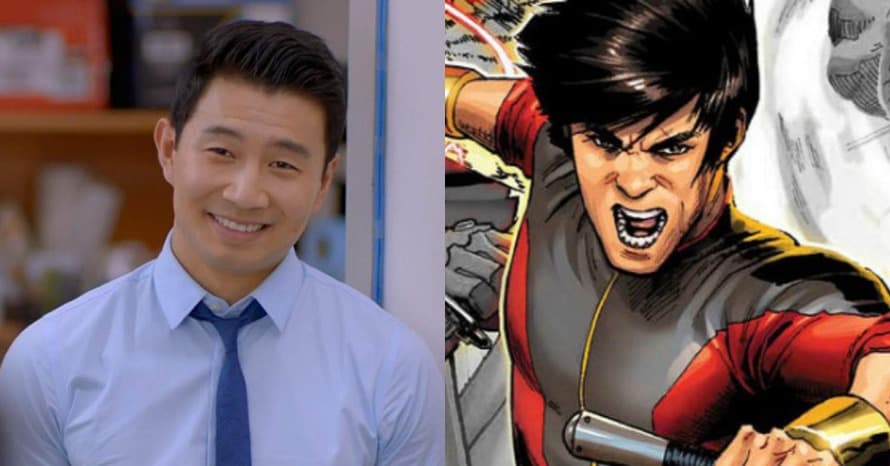 Simu Liu teased his superhero costume in Shang-Chi while talking about trying the Marvel suit on for the first time.

With Shang-Chi and the Legend of the Ten Rings due for release in July this year, many fans are hoping Marvel Studios reveals a trailer for the film or at least the first look at Simu Liu in his superhero costume very soon. The production (which took place in Australia) managed to go smoothly without any member of the crew catching COVID-19, which is a minor miracle while much of the world struggles to grapple with the ongoing pandemic.

The first synopsis for the film teases Simu Liu’s hero has to confront his past when facing off against the Ten Rings organization. When speaking to Toronto Life about the upcoming film, Liu was asked about what he found most memorable from working on the film, to which he replied “The first time I tried on Shang-Chi’s superhero suit.’’ But he also went to describe why, explaining that being Marvel’s first Asian lead means a big deal to him. Take a look at Simu Liu teasing the Shang-Chi costume below.

“Marvel has never had an Asian lead, so that was such a rare and impactful moment, for me as an actor but also for people who look like me. I nearly cried. It was so emotional. And then of course by the fifth day, I was like, ‘Oh my god, I hate this thing, why are there so many zippers?’’’

Are you excited to see Simu Liu in Shang-Chi when the Marvel Studios film arrives later this year? When do you think he’ll crossover with other Marvel characters? Sound-off in the comments below!

Introduced in Special Marvel Edition #15 in December 1973, Shang-Chi is a skilled martial artist who was raised in an isolated compound located in China and trained by his father Fu Manchu, a Chinese crimelord and immortal sorcerer who repeatedly attempted to conquer the world. When Shang-Chi was finally allowed to venture into the outside world to do his father’s bidding, he learned about his father’s evil ways and faked his own death before embarking on a mission to take down Fu Manchu’s criminal empire.

Directed by Destin Daniel Cretton from a script written by David Callaham, Shang-Chi and the Legend of the Ten Rings stars Simu Liu, Awkwafina, Tony Leung, and Ronny Chieng. The film is currently scheduled to hit theaters on July 9, 2021.

Stay tuned to Heroic Hollywood for all the latest developments regarding Simu Liu, Shang-Chi and the rest of the Marvel Cinematic Universe, and make sure to subscribe to our YouTube channel for more content!