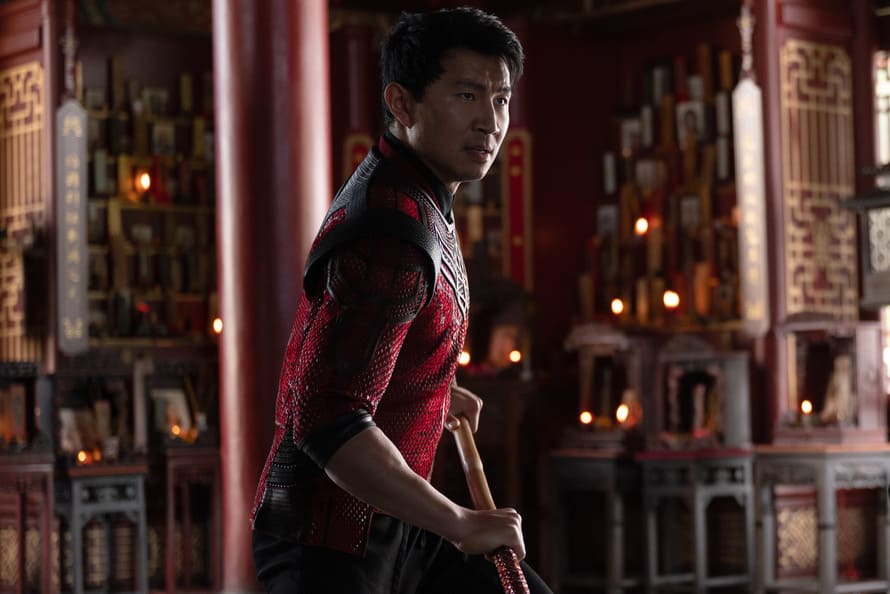 Shang-Chi and the Legend of the Ten Rings starring Simu Liu is set to break the Labor Day weekend box office record.

After a few delays, Marvel Studios’ latest film Shang-Chi and the Legend of the Ten Rings finally opened in theaters this weekend. The film is the first Marvel Cinematic Universe film to premiere exclusively in theaters since Spider-Man: No Way Home in 2019, and the film is set to break the Labor Day weekend box office record. The film, which stars Simu Liu as Marvel’s first lead Asian superhero grossed $23.2 million on Saturday. The opening three-day tally brings the film to $71.4 million from 4,300 theaters. Worldwide, the film is estimated at $127.6 million.

Shang-Chi’s opening three-day weekend sits behind Marvel Studios’ Black Widow as the year’s biggest opening weekend. The film sits ahead of F9: The Fast Saga, which brought in $70 million in its June debut.

With tomorrow’s Labor Day numbers, Shang-Chi is expected to hit past $83 million, easily breaking 2007’s Halloween, which made $30.6 million over the four-day span. The film ranks third in September opening weekend releases, behind New Line Cinema’s It and It: Chapter Two.

The opening weekend numbers for Shang-Chi are interesting given that the film was an exclusive theatrical release, forgoing the dual release strategy that allowed Disney Plus subscribers to stream new theatrical films at home for $29.99 at the same time it plays in theaters. Marvel Studios’ Black Widow opened in theaters through this strategy, and although Disney boasted the film’s numbers from both the box office and Premier Access on its opening weekend, the film suffered massive losses in each subsequent weekend. Scarlett Johansson has since sued Disney following the film’s release, claiming that the studio breached their contract with the Premier Access strategy.

Stay tuned for all the latest news on the future of Simu Liu’s Shang-Chi and the Marvel Cinematic Universe, and be sure to subscribe to Heroic Hollywood’s YouTube channel for more original video content!