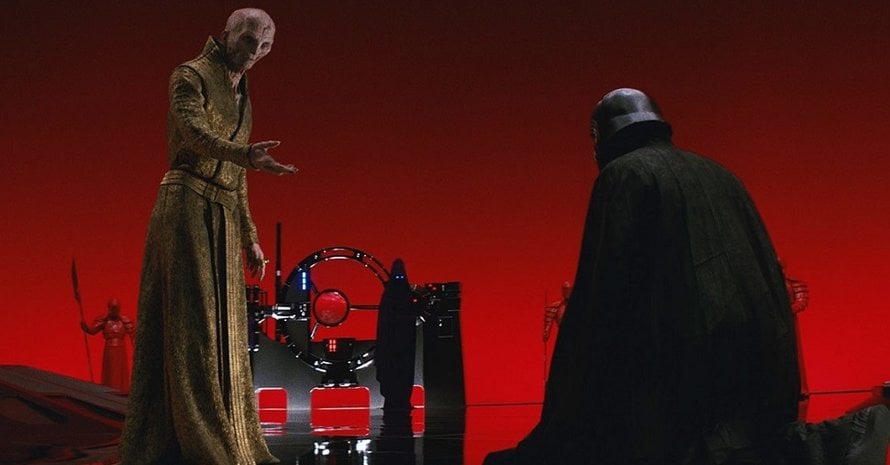 A reverse shot went unnoticed by fans in Star Wars: The Last Jedi according to an editor who detailed the scene in a thread online.

The Star Wars saga has undoubtedly utilized some interesting filmmaking techniques over the years, whether it’s filming with miniature models on alien worlds or shooting in the middle of a desert. But the series has also reversed the occasional shot of its characters to achieve a subtle visual moment. An editor on Twitter recently spotted a scene from Rian Johnson‘s Star Wars: The Last Jedi which went virtually unnoticed by the majority of audiences.

Matthew Thomason, an editor for the Mr Sunday Movies YouTube channel, recently penned a thread on Twitter looking at the scene from The Last Jedi where Kylo Ren looks down at his own lightsaber after Rey drops it in the throne room. He pointed out that when Adam Driver looks down at his weapon, the shot is actually reversed. Thomason also noted that it isn’t the first time the saga has pulled off a similar moment, showing off a scene of Ewan McGregor‘s Obi-Wan Kenobi in The Phantom Menace. Take a look at The Last Jedi scene below.

Hi, I’d like to briefly talk about a teeny tiny, great detail in The Last Jedi. Please indulge me for this pretty nerdy thread:

We all know this moment from the movie. BUT have you ever noticed the extremely subtle visual effect? Go ahead and see if you can find it. [1/9] pic.twitter.com/5qHlpAZ1y2

Did you spot the reversed shot in Star Wars: The Last Jedi? What do you want to see in the future of the franchise? Are you excited for all the shows coming to Disney Plus? Sound-off in the comments below!

Here is the official synopsis for Star Wars: The Last Jedi:

“In Lucasfilm’s Star Wars: The Last Jedi, the Skywalker saga continues as the heroes of The Force Awakens join the galactic legends in an epic adventure that unlocks age-old mysteries of the Force and shocking revelations of the past.”

Star Wars: The Last Jedi is now available on 4K Ultra HD Blu-ray, Blu-ray, DVD, and Digital HD. Stay tuned to Heroic Hollywood for all the latest news surrounding the franchise and subscribe to our YouTube channel for more video content in the future!