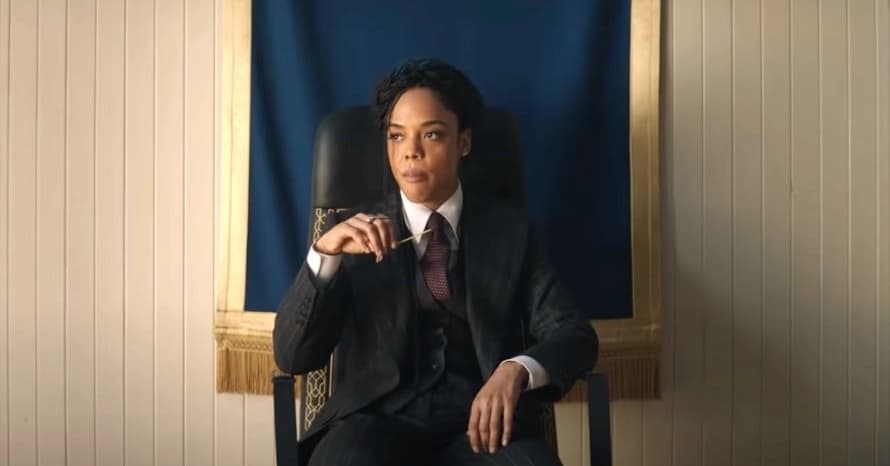 Thor: Love And Thunder director Taika Waititi has opened up regarding Tessa Thompson as Valkyrie and her new role as King of Asgard.

Both Tessa Thompson and Taika Waititi were first introduced into the Marvel Cinematic Universe in Thor: Ragnarok. Considered by in large to be one of the better MCU sequels, Thompson’s Valkyrie was a big show stealer and many wondered if the two would return for another installment. Valkyrie would return for Avengers: Endgame where she was revealed to be the de facto ruler of the Asgardians in a small country called New Asgard. Thor eventually decided that she should have the title of King as well before he went off to join the Guardians of the Galaxy at the end of the film.

During 2019’s San Diego Comic-Con, it was revealed that Taika Waititi would be returning to direct the fourth Thor film, titled Thor: Love and Thunder. The cast was eventually revealed to include Natalie Portman, the main cast of the Guardians of the Galaxy, along with Tessa Thompson as Valkyrie. However, it may not all be rainbows and mead for her as the new King of Asgard.

The first trailer for the film seems to indicate that Tessa Thompson’s Valkyrie was already tired of being King of Asgard. While speaking to EW, Taika Waititi expanded on this, revealing what she is doing as the new leader:

“She’s got to do all the things that they never tell you about when you’re supposed to rule the people, which is deal with all of the infrastructure and figure out the economy and have delegates visit from other countries. So, she’s spending a lot of her time not fighting, and all of her new battles have to do with ruling her people.”

Here is the synopsis for Thor: Love and Thunder:

The film finds Thor (Chris Hemsworth) on a journey unlike anything he’s ever faced – a quest for inner peace. But his retirement is interrupted by a galactic killer known as Gorr the God Butcher (Christian Bale), who seeks the extinction of the gods. To combat the threat, Thor enlists the help of King Valkyrie (Tessa Thompson), Korg (Taika Waititi) and ex-girlfriend Jane Foster (Natalie Portman), who – to Thor’s surprise – inexplicably wields his magical hammer, Mjolnir, as the Mighty Thor. Together, they embark upon a harrowing cosmic adventure to uncover the mystery of the God Butcher’s vengeance and stop him before it’s too late.

Thor: Love and Thunder hits theaters on July 8, 2022. Stay tuned for all the latest news surrounding the upcoming film and be sure to subscribe to Heroic Hollywood’s YouTube channel for more original video content.