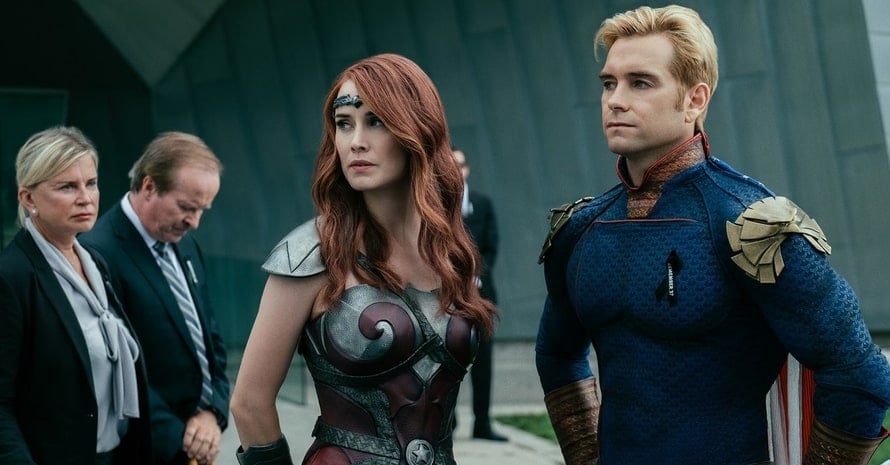 In addition to another season of The Boys, Amazon is also developing a spin-off series set at Vought International’s superhero college. The untitled series will be led by Agent Carter‘s Michele Fazekas and Tara Butters. As the show gets closer to production, Deadline reports that Patrick Schwarzenegger, Sean Patrick Thomas, and Marco Pigossi have joined the cast in recurring roles.

Here is the synopsis for The Boys Season 2:

Stay tuned for all the latest news surrounding the upcoming third season of The Boys, the spin-off series, and be sure to subscribe to Heroic Hollywood’s YouTube channel for more original video content.