The CW released the first look at The Powerpuff Girls live-action series that is currently in production.

The Powerpuff Girls is the latest animated series to get the live-action treatment with filming on the pilot for The CW underway. Last week, we got our first look at live-action Blossom, Bubbles, and Buttercup in what looked like a flashback sequence.

Now, The CW revealed an official look at Chloe Bennet as Blossom, Dove Cameron as Bubbles, and Yana Perrault as Buttercup. You can check out the first proper look at The Powerpuff Girls along with some character descriptions also released by The CW below: 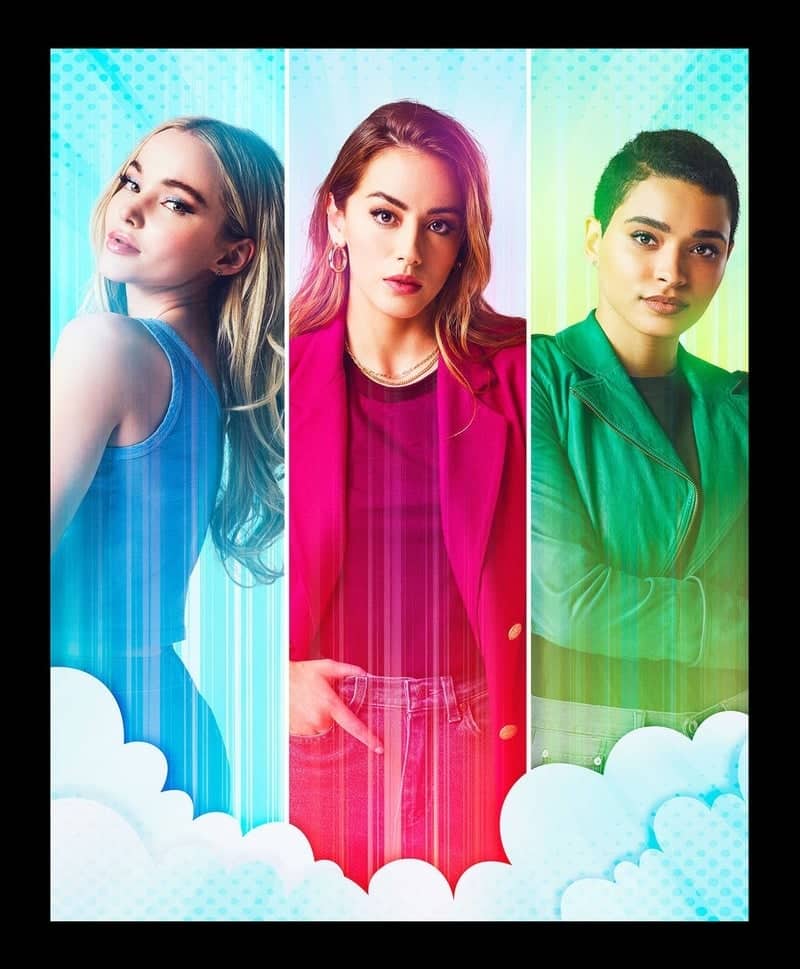 CHLOE BENNET as BLOSSOM UTONIUM: Though she was a spunky, conscientious, Little-Miss-Perfect child who holds several advanced degrees, Blossom’s repressed kiddie-superhero trauma has left her feeling anxious and reclusive, and she aims to become a leader again — this time on her own terms.

DOVE CAMERON as BUBBLES UTONIUM: Bubbles’ sweet-girl disposition won America’s hearts as a child. She still sparkles as an adult, but her charming exterior belies an unexpected toughness and wit. She’s initially more interested inrecapturing her fame than saving the world, but she just might surprise us and herself.

YANA PERRAULT as BUTTERCUP UTONIUM: Buttercup was the rebellious badass of The Powerpuff Girls in its heyday. More sensitive than her tough exterior suggests, Buttercup has spent her adulthood trying to shed her Powerpuff Girl identity and live an anonymous life.

What are your thoughts on the official look? Sound-off in the comments below!

Here is the synopsis for the original Powerpuff Girls animated series:

The Powerpuff Girls centers on three sugar-coated superheroes, whose missions in life alternate between going to school, fighting crime, winning at hopscotch and saving the world before bedtime. The girls are frequently called upon by the town’s childlike and naive mayor to help fight nearby criminals using their powers.