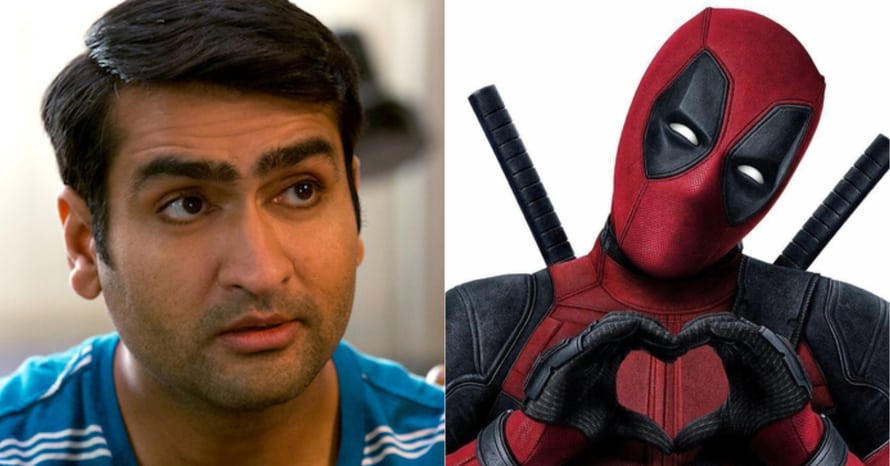 The Eternals star Kumail Nanjiani has thrown some shade at Deadpool, teasing his character Kingo could defeat Marvel’s Merc with a Mouth for a reason he can’t yet reveal.

Marvel’s The Eternals shifted its release date to February 12, 2021 due to the Coronavirus pandemic last month. Nanjiani recently spoke on the film’s move, but during a new interview with CineXpress, Nanjiani teased his character would win against Deadpool in a fight “but I still can’t tell you exactly why.”

Whether or not a fight between the two characters is actually possible remains unlikely at the moment. Deadpool creator Rob Liefeld recently criticized the studio and Marvel Studios president Kevin Feige for the lack of movement on a third Deadpool film since Disney acquired 20th Century Fox and the rights to the X-Men characters over a year ago.

As for Nanjiani, the comedic actor also dished on his chance to join the Marvel Cinematic Universe and play the first Pakistani superhero in a Marvel film:

“I would say the most exciting thing for me was, first of all, that I’m a huge Marvel fan, so I was excited to be able to play a superhero. I was excited to be able to play a Pakistani South Asian superhero in a Marvel movie, you know. That’s not something I’ve seen before, so being able to do it was very exciting. And doing it with the cast and the filmmaker we had, Chloé Zhao, is absolutely incredible. The cast is not only very, very talented, but also very, very diverse. There are 10 of us in the movie and they all walk and sound completely different. He’s one of the most diverse casts I’ve ever seen, and doing it in the context of a team of superheroes is just fantastic. It’s great that this team of superheroes looks like what a world actually looks like.”

Created by Jack Kirby in 1976, the Eternals are a fictional evolutionary offshoot of humanity created by the Celestials over a million years ago. The beings who possess superpowers and longer lifespans were the result of genetic experiments that led to the creation of two divergent races: The Eternals and The Deviants.

Here is the official synopsis for Marvel Studios’ The Eternals:

“Marvel Studios’ The Eternals features an exciting new team of Super Heroes in the Marvel Cinematic Universe, ancient aliens who have been living on Earth in secret for thousands of years. Following the events of Avengers: Endgame, an unexpected tragedy forces them out of the shadows to reunite against mankind’s most ancient enemy, The Deviants.

The Eternals is currently scheduled to be released in theaters on February 12, 2021. Stay tuned to Heroic Hollywood for all the latest news on Kumail Nanjiani and the Marvel Cinematic Universe and subscribe to our YouTube channel for more content in the future!