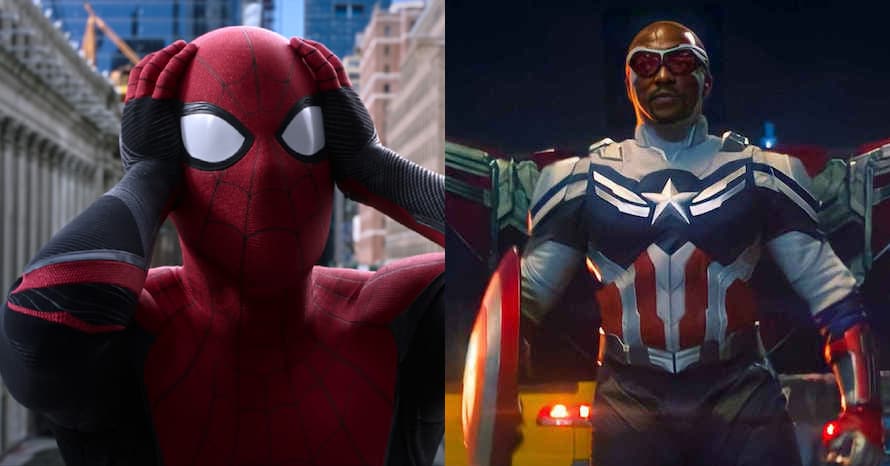 The dramatic final episode of The Falcon and The Winter Soldier nearly included an appearance from Spider-Man.

Although the finale of The Falcon and The Winter Soldier delivered us a huge action set piece as Sam Wilson and Bucky Barnes thwarted the Flag Smashers’ attack on the Global Repatriation Council, it very nearly included a cameo from Spider-Man himself. It’s not surprising that the series didn’t feature a surprise appearance from the Wall-Crawler, because it would’ve definitely taken away from the monumental moment of Sam Wilson finally becoming Captain America.

Although it would’ve been nice to bring things full circle since Spider-Man fought both Falcon and the Winter Soldier back in Captain America: Civil War. But during an interview with Inverse, showrunner Malcolm Spellman explained that although Spider-Man originally made a cameo in the series, Kevin Feige shot down the idea. Just because the story takes place in New York doesn’t mean the Web-Slinger has to show up, cameos like that “have to occur organically.” Take a look below.

“Of course. Then Kevin Feige tells you, ‘No. Stop it.’ Listen, when you first show up to these projects, in your mind you think you’re gonna get to use everybody in the MCU. But Marvel always asks, ‘Does this person belong in this story? You cannot just geek out and put all of our characters in your project because you like them. They have to occur organically.’ So Spider-Man did not make it.”

Do you think Kevin Feige should’ve let Spider-Man briefly show up in The Falcon and The Winter Soldier finale? Did you enjoy the series? Sound-off in the comments below!

The Falcon and The Winter Soldier is available on Disney Plus. Stay tuned for the latest news regarding Spider-Man and the future of the Marvel Cinematic Universe, and make sure to subscribe to our YouTube channel for more content!