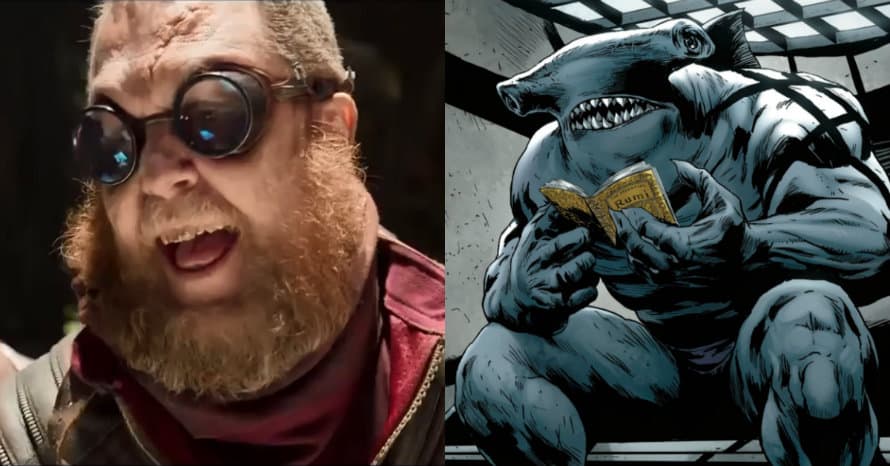 While HBO Max might be lacking original content at the moment, there is a lot planned on the DC side for the future with a Green Lantern Corps series, a Gotham Central series set in the same universe as The Batman, and a show centered on John Cena’s Peacemaker —who will first appear in The Suicide Squad. James Gunn is set to write all eight episodes of the upcoming series in addition to directing a few. Gunn has teased that other characters from The Suicide Squad will appear in the series and now Deadline is reporting that one of them will be Steve Agee.

Steve Agee is a longtime collaborator of James Gunn’s having appeared in Guardians of the Galaxy Vol. 2 and Super. Agee has two roles in The Suicide Squad as a Belle Reve Federal Penitentiary warden and as the notable villain of The Flash, King Shark. According to Deadline, Agee will be joining John Cena’s Peacemaker series as the Belle Reeve warden who will appear in the film.

What other characters do you think will appear in John Cena’s Peacemaker series? Let us know in the comments section below!

The first Suicide Squad followed a team of supervillains who were recruited by the government for a dangerous black ops mission in exchange for reduced sentences. The ensemble cast included Will Smith as Deadshot, Margot Robbie as Harley Quinn, and Jared Leto as The Joker. However, James Gunn is expected to deliver on a fresh take on the team in his upcoming movie.

The Suicide Squad is currently scheduled to hit theaters on August 6, 2021. Stay tuned for all the latest news regarding James Gunn’s The Suicide Squad, John Cena’s Peacemaker, and be sure to subscribe to Heroic Hollywood’s YouTube channel for more original video content.