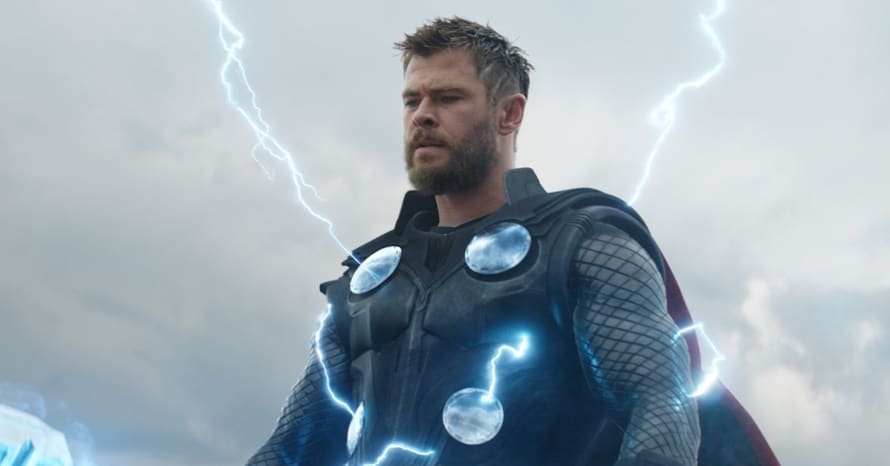 New promotional artwork for Thor: Love and Thunder shows both of the film’s Thors, played by Chris Hemsworth and Natalie Portman, leaping into action side by side.

Thor: Love and Thunder will mark the MCU debut of Jane Foster’s Mighty Thor, with Natalie Portman’s Jane obtaining Thor’s old hammer, Mjolnir. In the comics, Jane became Thor while Thor Odinson was deemed unworthy. Jane also had cancer at the time and although she became healthy while wielding Mjolnir in the guise of Thor, ultimately her transformations into the thunder god were worsening her condition. It is not clear if the film will follow this storyline, but the new promotional artwork does show at least one differentiation from the comics, as both Chris Hemsworth’s and Portman’s characters seem to be carrying the mantle of Thor at once.

The new artwork shows the two versions of the thunder god charging into battle together, Chris Hemsworth’s Thor Odinson wielding Stormbreaker and Natalie Portman’s Mighty Thor wielding Mjolnir. Following Mjolnir’s destruction in 2017’s Thor: Ragnarok, it look like the hammer has been reconstructed, with cracks still visible on its surface. As well as Portman’s Thor look, which includes a more mask-like helmet in the style of her comic-book counterpart, the image gives a better look at Hemsworth’s new blue and gold costume. Check out the image below:

Thor: Love and Thunder will mark the first time an MCU hero has been given a fourth standalone movie.

Here’s the synopsis for the previous film in the franchise, Thor: Ragnarok:

In Marvel Studios’ Thor: Ragnarok, Thor is imprisoned on the other side of the universe without his mighty hammer and finds himself in a race against time to get back to Asgard to stop Ragnarok – the destruction of his home world and the end of Asgardian civilization at the hands of an all-powerful new threat, the ruthless Hela. But first he must survive a deadly gladiatorial contest that pits him against his former ally and fellow Avenger – the Incredible Hulk!

Thor: Ragnarok is available on Digital HD, 4K Ultra HD, Blu-ray, and DVD. Meanwhile, Thor: Love and Thunder will hit theaters on July 8, 2022. Stay tuned for all the latest news regarding the Marvel Cinematic Universe, Taikia Waititi’s upcoming projects, and be sure to subscribe to Heroic Hollywood’s YouTube channel for more great video content!