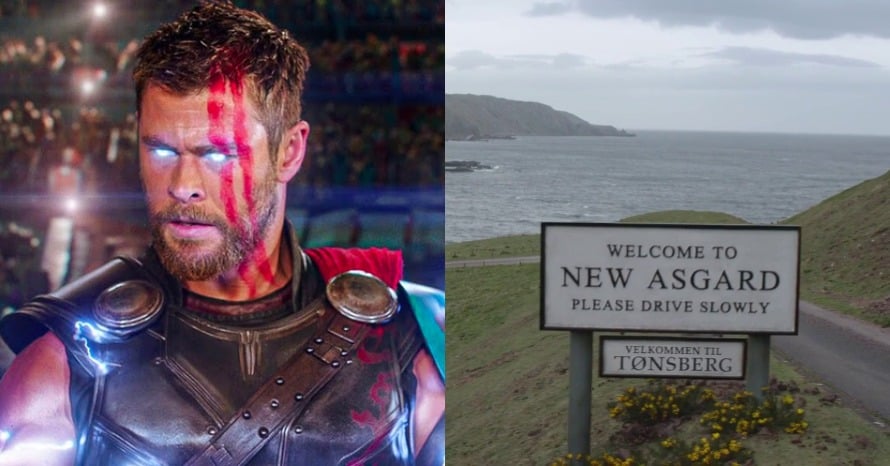 New set photos from Thor: Love and Thunder tease a return back to New Asgard.

Excitement continues to grow for Marvel Studios’ highly-anticipated sequel, Thor: Love and Thunder. After the critical success of Taika Waititi’s Thor: Ragnarok, fans have been eager to see where the Academy Award-winning filmmaker will bring Chris Hemsworth’s character to next – especially after his journey from Ragnarok to Avengers: Infinity War and in Avengers: Endgame.

By the end of Thor: Ragnarok, all of Asgard is destroyed. It isn’t until the events of Avengers: Endgame where we see how the remaining Asgardians resettled themselves in a village in Norway as “New Asgard.” Hulk (Mark Ruffalo) and Rocket (Bradley Cooper) travel together to New Asgard to retrieve Thor, who has spent much of the five years after the Blip despondent and gaining a significant amount of weight from eating and drinking in excess.

As production on Thor: Love and Thunder continues, new set photos from Sydney, Australia tease a return back to New Asgard. You can check out some of the new set photos down below:

One of the set photos showcase a building with signage that reads, “Asgard Tours: Aerial Sightseeing.” It appears that New Asgard has since become a tourist destination for Asgardians to share their culture with the rest of the world. When we last visited New Asgard, Thor anointed Valkyrie (Tessa Thompson) as the new ruler, and he would retire from the throne to join the Guardians of the Galaxy on a new journey in his life.

Are you excited about revisiting New Asgard? Sound off in the comments below.

Full details on the plot for Taika Waititi’s Thor: Love and Thunder are currently being kept under lock and key, though the film will be partly based on Jason Aaron’s Mighty Thor comic book run, in which Jane Foster becomes the new Thor. Directed by Taika Waititi from a script he co-wrote with Jennifer Kaytin Robinson, Love and Thunder stars Chris Hemsworth, Tessa Thompson, Natalie Portman, and Christian Bale.

Thor: Love and Thunder is set to be released on May 6, 2022. Stay tuned for the latest news regarding the future of the Marvel Cinematic Universe, and subscribe to our YouTube channel for more content!