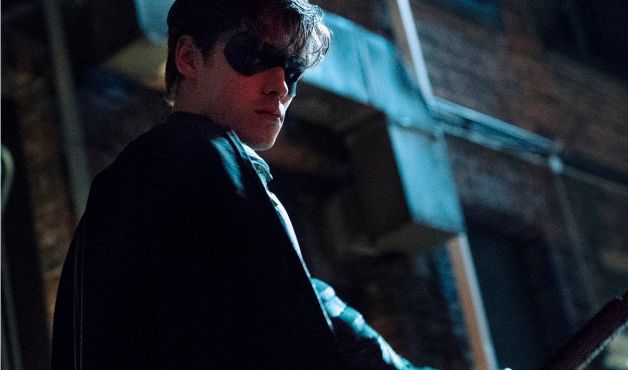 Brenton Thwaites has confirmed Dick Grayson will have a Nightwing costume in the second season of Titans.

Ever since Brenton Thwaites’ Dick Grayson made his debut in the first season of Titans, fans have been wondering if the young hero would ever don the Nightwing costume in the DC Universe series. With production on the second season currently underway, fans are hoping to see Dick Grayson wear the Nightwing costume in the sophomore year of Titans and actor Brenton Thwaites recently confirmed that he will have a new costume, though he has not tried it on yet:

“Yes, I have a new one. I haven’t tried it on yet, so I’m anticipating the day that I get to try that and see how it looks, see how it fits. See if I can move in it. Probably can. Yeah, I’m excited to try that on.”

You can read watch interview about the Nightwing suit with Titans star Brenton Thwaites below.

DC Universe’s Titans follows a grown-up Dick Grayson working as a Detective in Detroit before becoming the leader of the heroes known as the Titans, having left his nights with the Caped Crusader long in the past due to having fundamental differences with Batman’s methods and approach to crimefighting.

Do you want to see Brenton Thwaites’ Dick Grayson wear the Nightwing costume? Share your thoughts in the comments section below!

Titans follows young heroes from across the DC Universe as they come of age and find belonging in a gritty take on the classic Teen Titans franchise. Dick Grayson and Rachel Roth, a special young girl possessed by a strange darkness, get embroiled in a conspiracy that could bring Hell on Earth. Joining them along the way are the hot-headed Starfire and loveable Beast Boy. Together they become a surrogate family and team of heroes.

Titans is now available exclusively on DC Universe in the U.S. and on Netflix internationally.