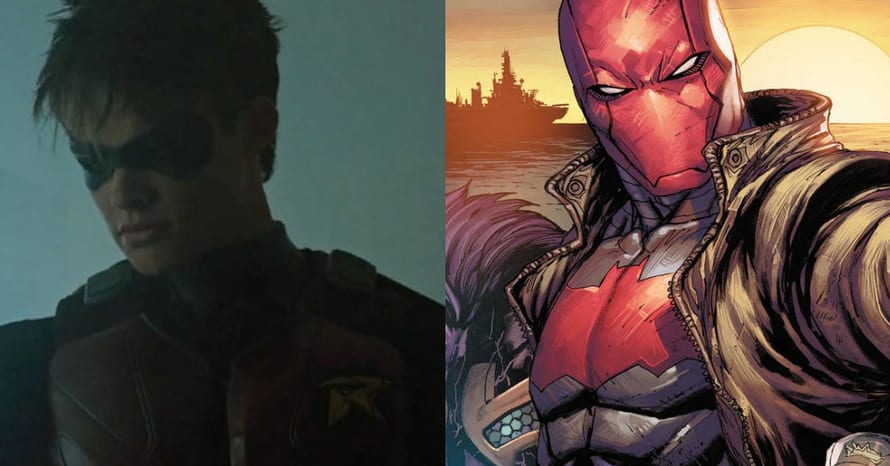 Titans star Curran Walters revealed a new look at the logo on Red Hood’s suit in the third season of the DC series.

It’s been an interesting journey for Titans so far after the comic book drama initially debuted on DC Universe before making the leap over to HBO Max after season two. When season three eventually starts airing on its new home, it’ll feature a bunch of new characters including Barbara Gordon, Scarecrow and Tim Drake. But most DC fans are most excited to see the first live-action version of a particular vigilante, Red Hood, with Curran Walters’ Jason Todd stepping into his new persona after the events of season two.

Since Jason wasn’t killed and subsequently resurrected as he was in the comics, many are wondering how Titans will push Curran Walters’ character into taking up the name Red Hood. And although we’ve already seen what the Red Hood helmet will look like on the show, Walters’ recently shared a picture of the chest emblem on the suit. And it has a distinctly home-made feel to it as if Jason sprayed it on himself. Take a look at the Red Hood logo for Titans season three below.

Are you excited to see Curran Walters as Red Hood in Titans season three? What do you make of the costume for the violent vigilante? Sound-off in the comments below!

Here is the official synopsis for Titans season two:

The first two seasons of Titans are available on HBO Max. Stay tuned for all the latest news regarding the upcoming season, and be sure to subscribe to Heroic Hollywood’s YouTube channel for more original video content.