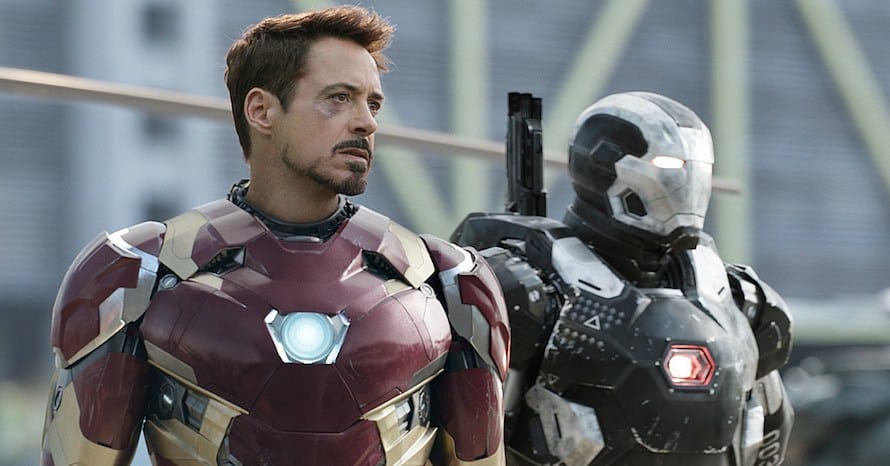 Now that Disney plus has an ambitious slate of Marvel Studios shows in development, the Marvel Cinematic Universe has expanded exponentially. But in a recent interview, Don Cheadle explained that the MCU will still feel the after-effects of Tony Stark’s sacrifice in Avengers: Endgame by the time Armor Wars comes around. The Armor Wars storyline saw Iron Man face off against a number of armored villains who had gotten hold of the designs for Tony Stark’s suits.

When speaking to BroBible’s Post-Credit podcast, Don Cheadle explained that Tony Stark’s Endgame sacrifice will play some kind of role in Armor Wars. It seems likely that Rhodey will defend the Iron Man legacy in the wake of his death, while still striving to keep dangerous technology out of various villains’ clutches. Cheadle previously revealed that the MCU will bleed across film and TV, so it would make sense that Armor Wars might introduce Riri Williams before her solo series, Ironheart. Take a look at Don Cheadle discussing Tony Stark and Armor Wars below.

“The death of Tony Stark, I’m pretty sure, will play a role in the series,Where we’ve been sort of progressing Rhodey—even in the last film where he’s now up again and he’s now walking again and he’s now mobile again—so as the technology continues to develop and we keep making innovations in the suit and what happens, I imagine there’s gonna be another elevation and another way that we’re going to keep digging into that part of Rhodey. But really, figuring out a way to bridge what’s happening in the comic books with what’s happening on screen in the MCU and how we’re going to make those worlds work, that’s really exciting.”

Are you excited to see how Tony Stark’s death affects Armor Wars? Who will Don Cheadle have to battle in the series? Sound-off in the comments below!

Avengers: Endgame is now available on Digital HD, 4K Ultra HD, Blu-ray, and DVD. Stay tuned to Heroic Hollywood for the latest news on Chris Evans’ future as Captain America, and be sure to subscribe to our YouTube channel for more content in the future!