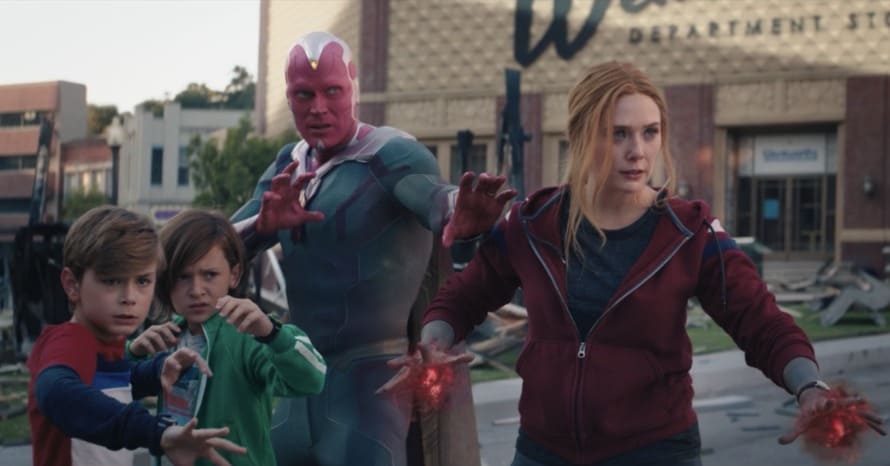 Marvel Studios’ first Disney Plus series WandaVision found inspiration not just from the comics, but also from sitcoms from different eras in television. The influence is pretty apparent throughout the series, but there is also another influence that inspired this exciting keyframe designed by Andy Park: The Incredibles.

Brad Bird’s Oscar-winning animated film The Incredibles, along with its sequel Incredibles 2 centers on the titular family of superheroes in their adventures together. Naturally, the concept of a family of superheroes lends well to the narrative of WandaVision, which features Wanda, Vision, and their two twin sons. You can check out Andy Park’s design keyframe down below:

Given the similar dynamics between the Maximoffs and WandaVision and The Incredibles, it makes sense as to why Andy Park was clearly inspired by Pixar’s film. It’ll be interesting to see if Marvel Studios opts to find more inspiration from other animated superhero properties not just in their artwork, but perhaps in their storytelling approach as well.

WandaVision is available to stream on Disney Plus. Keep following along to stay up to date on all of the latest surrounding other upcoming MCU projects and subscribe to our YouTube channel for more content!