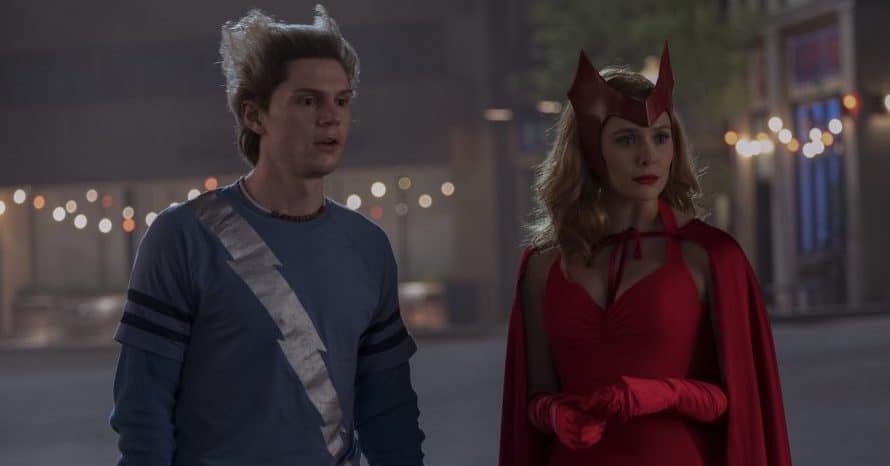 WandaVision star Elizabeth Olsen recently addressed all those X-Men theories which stemmed from Evan Peters’ arrival on the series.

There’s still some question as to how the X-Men will eventually enter the Marvel Cinematic Universe, but for a while it seemed like Kevin Feige had sneakily introduced the multiverse through Evan Peters’ Pietro Maximoff. Of course, by the time the finale rolled around it was revealed that he’s just a brainwashed Westview resident, Ralph Bohner. When speaking to Variety about WandaVision, Elizabeth Olsen opened up about the cameos and X-Men theories that fans had.

“I knew that there are theories that had to do with people wanting more surprises in cameos. But I’m not really that aware of what these fan theories were, so I’m kind of learning about it as we go. Paul said something about this crazy cameo when he was really just talking about doing a scene with himself, and I know Paul thought that was a really funny joke, and I thought it was funny. But I was like, I think people are actually going to suspect that there is more to come.”

“I didn’t know about the multiverse when we were filming this. So I wouldn’t assume that that’s what was happening. I thought it was just a clever way to have a Pietro. I didn’t understand the larger plan of the multiverse until I started working on ‘Multiverse’ or whatever our movie’s called, the ‘Doctor Strange’ sequel!”

Did you think the X-Men were being brought into the MCU through WandaVision? What did you think to Quicksilver’s involvement in the show? Are you excited to see Elizabeth Olsen in the Multiverse of Madness? Sound-off in the comments below!

You can read the official synopsis for WandaVision below.

WandaVision is available Disney Plus. Keep following along to stay up to date on all of the latest surrounding Elizabeth Olsen in the MCU, and subscribe to our YouTube channel for more content!