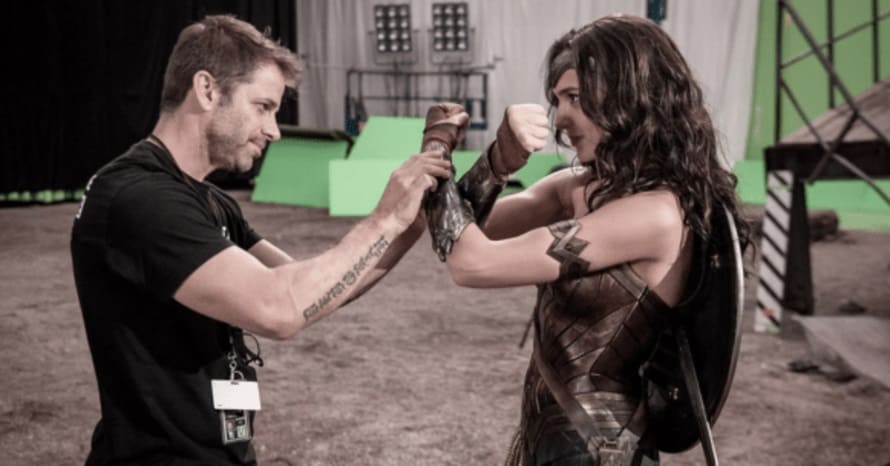 Earlier this week, Zack Snyder revealed a never-before-seen image of Gal Gadot’s Wonder Woman that was intended for Batman v Superman: Dawn of Justice but never made it into the final cut of the movie. The image featured Diana Prince holding the severed heads of her enemies during the Crimean War, but was replaced with a snap of Gal Gadot with her Wonder Woman co-stars.

Now, Zack Snyder has taken to his official Twitter page to offer fans a better look at the controversial photo featuring Gal Gadot’s Wonder Woman. In the caption of his Twitter post, Snyder explained that the photo was a placeholder for Batman v Superman. It’s set in 1854, with Wonder Woman going after Ares, the God of War. The idea was scrapped after Patty Jenkins boarded Wonder Woman and the film’s setting was changed to World War I.

Wonder Woman 1854 – This amazing image shot by Stephen Berkman of an else-world, war weary Diana, who had chased Aries across the battlefields of the world and had yet to meet Steve, who would help her restore her faith in mankind and love itself. pic.twitter.com/eofkAMg9as

Zack Snyder is currently working on his Justice League cut for the WarnerMedia streaming service HBO Max. Previously, in a comment on Instagram, Justice League stunt performer Nick McKinless revealed that there was apparently an entire fight sequence between Ares and a younger Darkseid when he first invaded Earth in the Zack Snyder Cut. The actor was cast as Ares for the sequence and trained for four months to get in proper shape for the role. However, McKinless was not credited in the thetrical cut of the movie.

Zack Snyder’s Justice League cut is expected to hit WarnerMedia’s HBO Max in March 2021. Stay tuned for the latest news regarding Gal Gadot’s Wonder Woman and the Zack Snyder Cut and make sure to subscribe to our YouTube channel for more content!