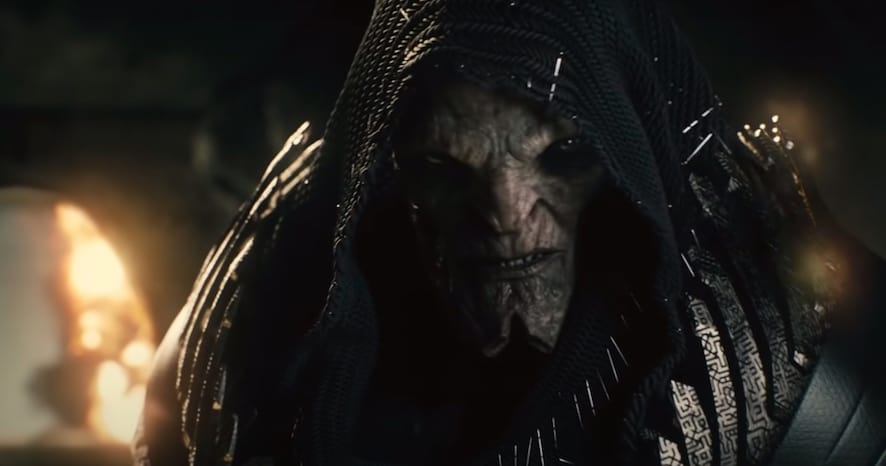 One of the biggest selling points of Zack Snyder’s Justice League, aside from seeing the director’s original vision for the film, was the addition of brand new characters like DeSaad and Darkseid. Of course, Steppenwolf got a major overhaul too with a completely fresh suit of spiky armor that shifted and moved around the antagonist. But new concept art reveals a better look at DeSaad when he’s not wearing the hood and bulky armor on Apokolips.

Notable concept artist Jerad S. Marantz took to Instagram to show off his DeSaad designs, revealing an intimidating vision of the Apokoliptian villain. Perhaps it’s the white eyes or the snarling expression, but DeSaad comes across much more demonic and alien here without the rest of his costume. The artist also explained that his original look was a little more deformed but Zack Snyder and the production team preferred a subtle version. Take a look at the Desaad concept art for Justice League below.

What do you make of the DeSaad design in Justice League? Do you think the villain should’ve had more to do? Sound-off in the comments below!

Zack Snyder’s Justice League will hit HBO Max on March 18, 2021. Stay tuned for the latest news regarding Steppenwolf and the Snyder Cut leading up to its release, and make sure to subscribe to our YouTube channel for more content!