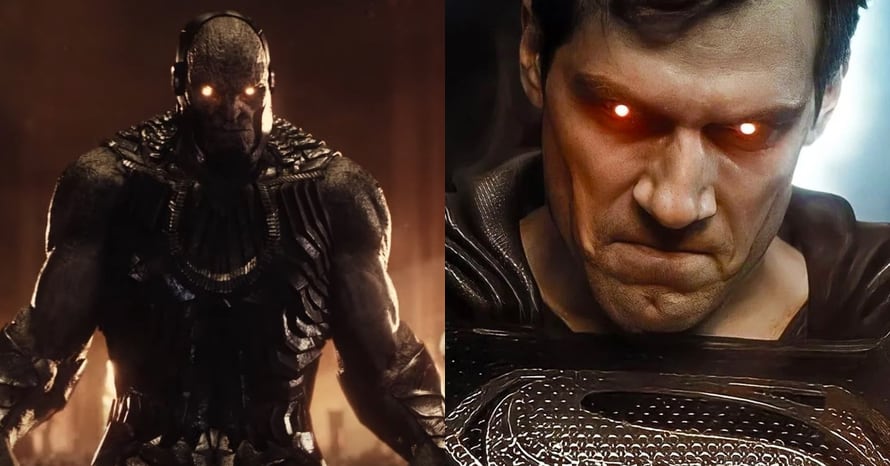 A set of impressive Superman and Darkseid Funko figures have been revealed following the release of Zack Snyder’s Justice League.

After the hugely positive reaction to Zack Snyder’s Justice League from DC fans, it seemed inevitable that more merchandise was going to arrive for the film. And now Funko has revealed an impressive slate of figures from the Snyder Cut, including black suit Superman and the lord of Apokolips himself, Darkseid. The VFX team behind the film previously opened up about the black suit, explaining that it was digitally created rather than recoloured.

The new Funko figures will also have black and white variants to match the gray edition of the film which Zack Snyder is also working on. One of the most impressive figures shows Darkseid sitting on top of his Apokoliptian throne, while another gives him the weapon he wields during the extensive flashback sequence. Take a look at the Superman and Darkseid Funko figures below.

Coming soon: Pop! Movies: Zack Snyder’s Justice League. Check out the new black and white metallic Pops! they are sure to stand out in your collection. Pre-order your favorites now!

Are you going to buy any of the Superman or Darkseid figures? What did you think of Zack Snyder’s Justice League?

Zack Snyder’s Justice League hit HBO Max on March 18, 2021. Stay tuned for the latest news regarding  the future of the DC Extended Universe, and make sure to subscribe to our YouTube channel for more content!